One of the recent summer catalogues for Bed Bath & Beyond caught our attention recently.  It’s cover features fun accessories for the backyard, though it’s a luminous Airstream trailer in the background that caught our eye!

Airstream trailers are an American classic that are at once nostalgic and futuristic.  The shiny exterior, shaped like a bullet, looks ready to fly down the open highway on an adventure.  It inspires fantasies of a simple, spontaneous life.

The images of Airstream evoke fun and freedom.   They really are iconic.   Wally Byam, the founder and original Airstream designer, is a modern American inspiration himself.  He attended Stanford University, working at times for various newspapers, where he met lifetime friend Cornelius “Neil” Vanderbilt, Jr. (who invested in and travel-tested Byam’s early creations).  He started selling his campers from ads in the back of magazines and managed to build his backyard business into a successful American company. 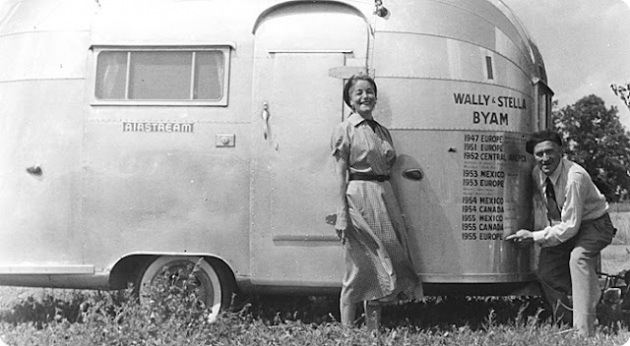 Over the years,  Byam’s Airstream became not only a symbol of the open road, but also an embodiment of how beauty and modern functionality go hand in hand.  NASA commissioned Airstream to build the “Astrovan” to quarantine Neil Armstrong’s crew after returning from the first flight on the moon (in case they carried ‘moon germs’).

Wally Byam’s Airstream creed was to put the “great wide world at your doorstep.”

Check out the ocean in the background! Via Jelanie. 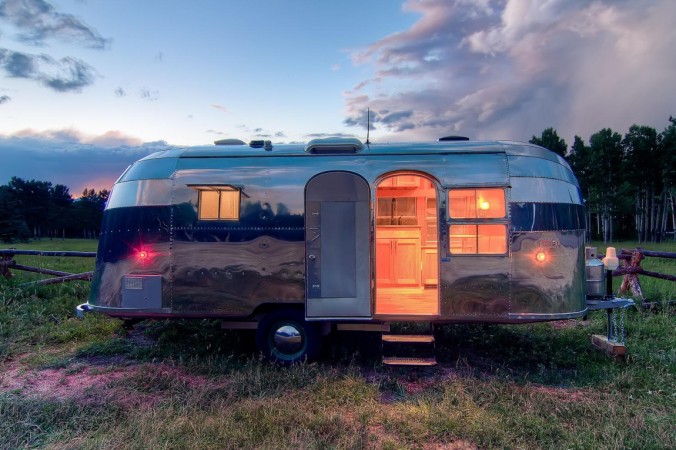 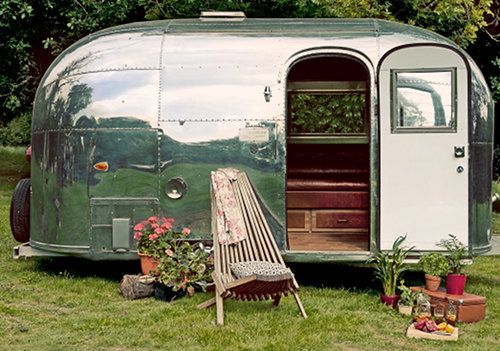 And though most of us may never own an Airstream, it’s fun to dream!  The same design spirit and Airstream inspiration can be found in interiors, especially in furniture design.

This retro redwood and aluminum folding chair reminds us of the chairs we sat in many afternoons under our grandfather’s grapefruit trees.  The aluminum makes it light, impervious to the elements and easy to transport. The wood gives it a natural, organic feel.  You can find these on Etsy and eBay.

For a similar, sleeker look, check out the Emeco Navy Armchair 1006 (called 10-oh-6) with wood seat available at DWR.  This chair was designed as a lightweight, easy to use chair aboard ships for the U.S. Navy.  It has a sturdy traditional look, but the aluminum gives it a light, airy modern appeal. 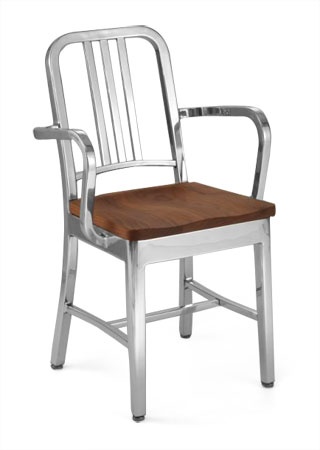 Airstream also toyed around with producing colored versions of their popular travel van, specifically in pastels, to match the interior design color trend of the 1950s.  Wally Byam decided to stick to the classic aluminum, but the idea of a little pop of aluminum color is so much fun.  Would love to see pastel Airstream trailers going down the highway!

Instead, we can appreciate these colorful aluminum stools. 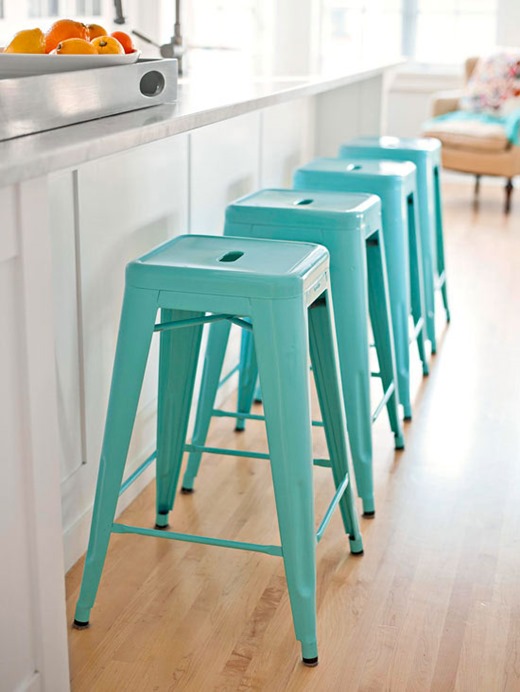 This cocktail table, from CB2, combines a rustic wood top with an aluminum base.

We found this collapsable, army grade aluminum and canvas cot, from Kaufmann Mercantile.  The shiny base gives a bit of glamour and shine to the functional canvas.

Restoration Hardware’s Blackhawk Collection below.  Looks like we could put wheels on it and drive it to the next campground. 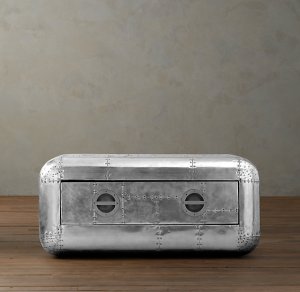 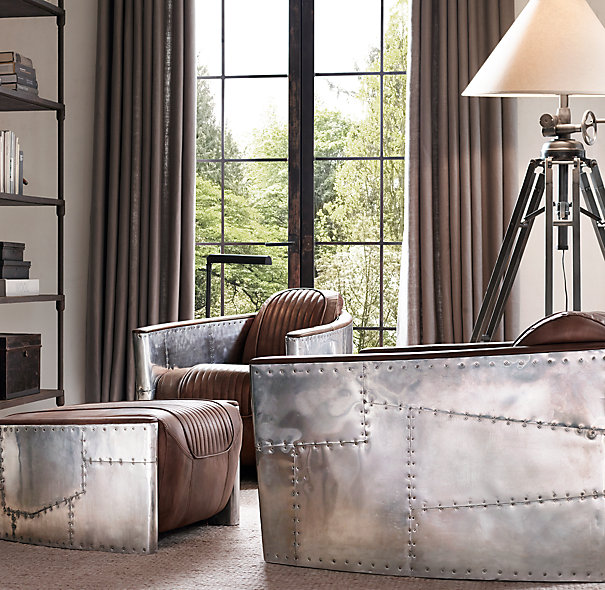 Interestingly, this Restoration Hardware line is part of the Aviator Collection — Wally Byam worked for an airplane manufacturing company!

And finally, we’re writing this blog from computers made mostly from recycled aluminum.

For those of you in the Tampa Bay area, next time you’re driving down the I-4 corridor, catch a glimpse of Airstream Ranch.

We have such an obsession with Airstream trailers.  Thanks for letting us share.  We have a Pinterest page devoted to the iconic travel trailer.  Take a look!